For the love of Ordinary Things: My Top 5 Favorite Things About The COMET

When my camper buddy Hayden (who once had an indoor vintage camper collective in NYC and still has multiple Airstreams in his lot in the city – more on him later) said that he needed a place to put this camper that he had ASAP, he knew I wasn’t going to say no. He drove up to Massachusetts from NYC in the middle of the night, and dropped The Avalon (the trailer that is now The COMET) off at the house I lived in at the time. It was supposed to be a temporary situation – he just needed the space in NYC and I lived in a place I could keep a camper. I was either going to get rid of it for him or something like that. But as I said before, campers keep falling into my lap and then I fall in love with them. I was in The Avalon for about 10 minutes and then realized it was probably my soulmate. The previous owner had left tons of vintage shoes and clothes in the closet, in my size. That sort of tipped me off: This camper is awesome.

I knew that I was in the market for a camper trailer to convert into an off-grid tiny house, but I didn’t know what I would end up with. I thought it would be something bigger, something in worse condition, something else. I know I found the right one. Here are my top 5 favorite things about The COMET, part of the reason why I chose her for the project! The COMET really is one-of-a-kind. Vintage camper enthusiasts and vintage lovers in general, feast your eyes! Let’s do this like a countdown!

#5 – The light fixtures (and other weird atomic amoeba hardware) 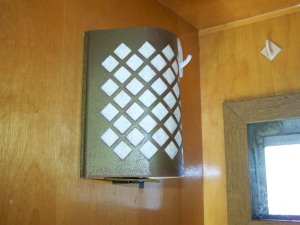 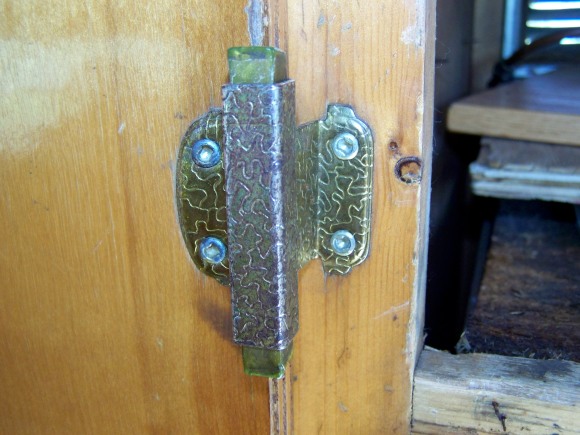 These 1960’s light fixtures are all in beautiful condition and have the original fiberglass shades still in them. Just look at them!
#4 – The appliances. 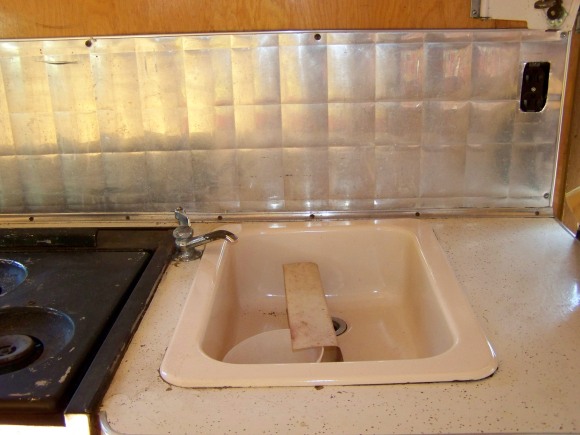 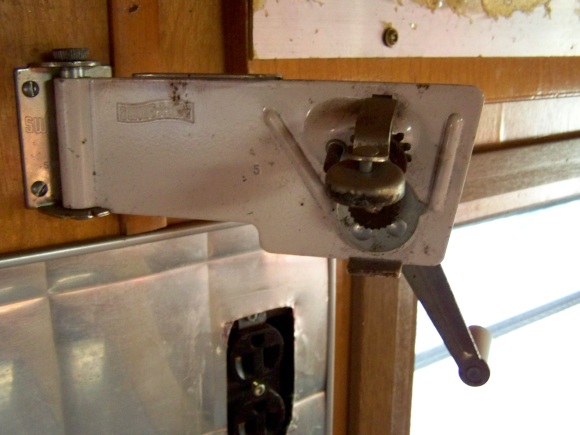 The stove and oven, the sink and the “Swing-A-Way” can opener (attached to the wall) are all a matching pink color. Even the Hydro-Flame furnace is the same pink enamel!
#3 – The built-in picture clock. 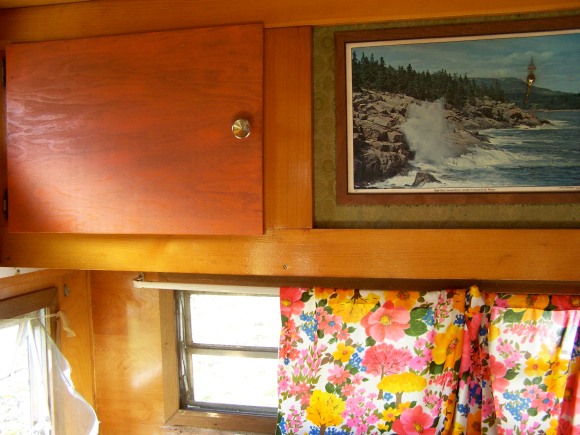 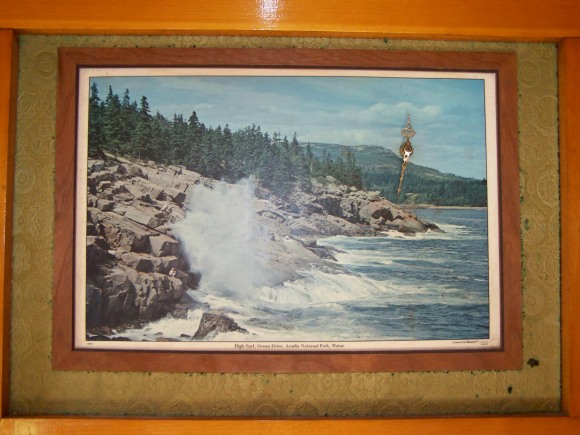 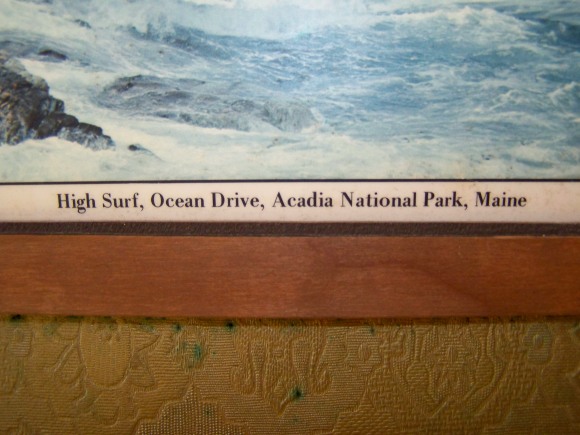 I don’t know if this was standard in Avalon trailers of the 1960’s or any trailer of the past, but there is a built-in picture clock with an image of Acadia National Park (Maine) mounted on fancy green brocade fabric wallpaper in the cabinet in the back of the camper. I’d seen normal clocks built in to older campers, but never something like this with such a specific geography. So unique!
#2 – 1950’s Indesit refrigerator 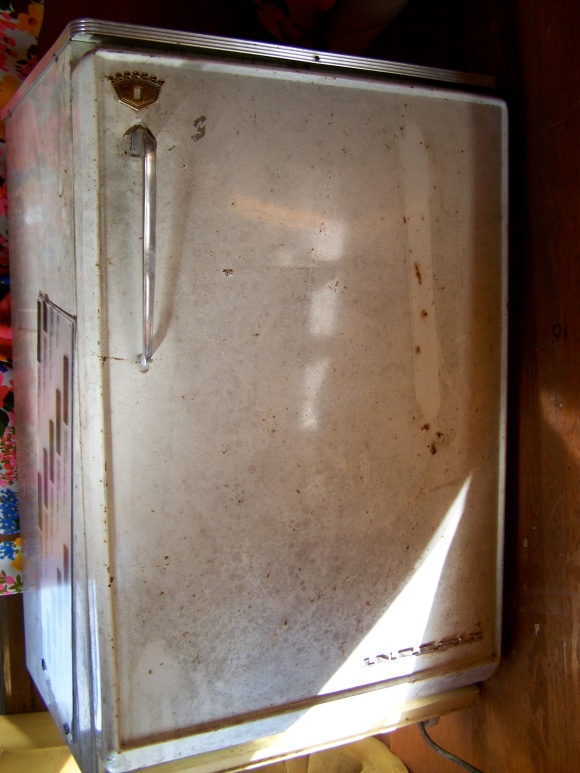 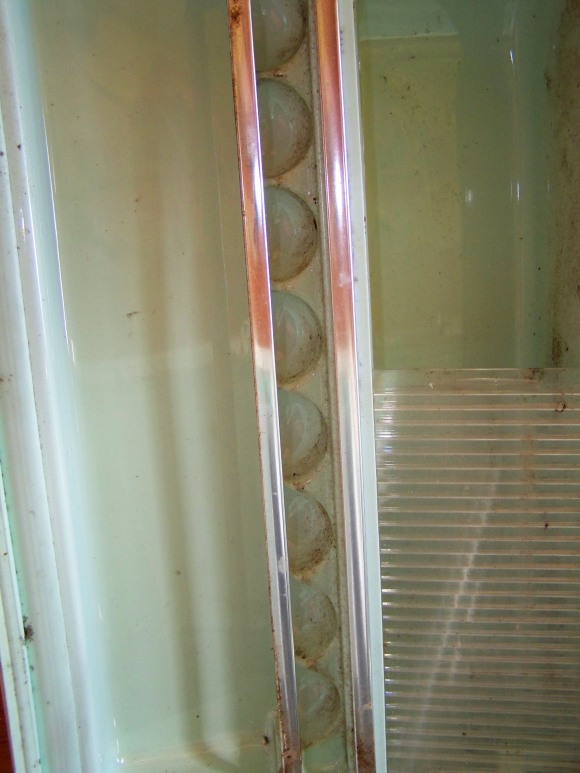 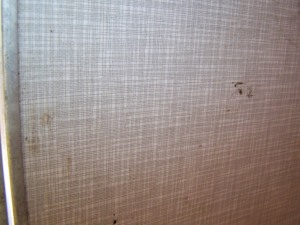 This fridge isn’t original to the Avalon. It came out of another camper but Hayden threw it into the Avalon when he brought it to me, thinking maybe I could use it or sell it or something. It weighs a ton so I haven’t moved it yet, which is why these pictures are so silly and sideways. It’s a classic 1950’s style refrigerator – just miniaturized for a camper! It’s white on the outside, has a little crown emblem on it, sea-foam green interior, and built-in countertop attached above it (50’s linen print formica with aluminum trim!). The interior has a special egg-specific shelf with 12 little egg-shaped indents. It’s incredible.
#1 – The Flower Power finish brads 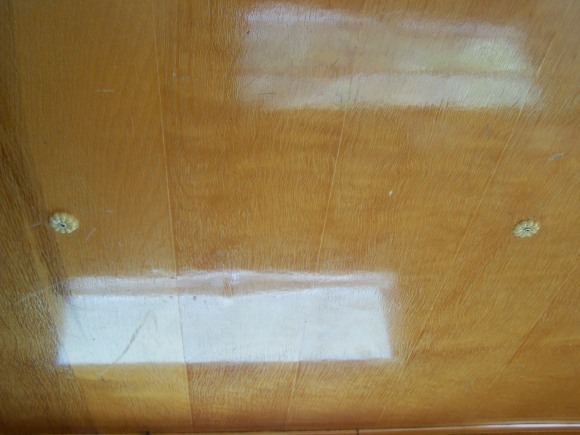 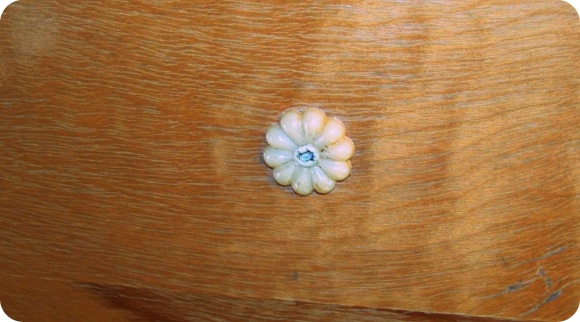 Maybe this is an unexpected favorite feature. It’s really small and not immediately noticeable, but it’s a finishing touch that I’ve never seen before and think is absolutely hilarious and distinctly 1960’s. On the ceiling, each finish brad that holds the ceiling panels up on the frame is covered by a little plastic flower cover. It’s such a unique thing to do. I guess I can’t really put into words why it’s so enchanting, but if I had to try: I just think it’s amazing that the person who designed this camper made something as simple as a flathead finish brad into an extraordinary design element with a little plastic flower. It’s the attention to detail of that era that really gets me excited.

***
Another thing that I love about The COMET that I didn’t include here is all the original paperwork: owner’s manuals, instructions for how to use the appliances and systems, little illustrations, and mail-in order forms from the 1960’s. It’s rare to find all that stuff in such an old camper that’s changed hands so many times. All those little pieces of history are really interesting to me. I’ll post pictures of the manuals and everything else soon, just for fun!

More practically speaking, why did I choose the Avalon as the camper to build my off-grid tiny house out of? It was inexpensive, it was in incredibly good condition for it’s age and price, it had a bathroom closet (really important!) and was just the right size for one person. I figure 16 feet is the smallest camper I would be comfortable in for full-time living. I wanted it to be the smallest possible while still being comfortable – less heating and construction costs that way.

You can support The COMET project and education in sustainability by donating here!

Next event on the calendar is….